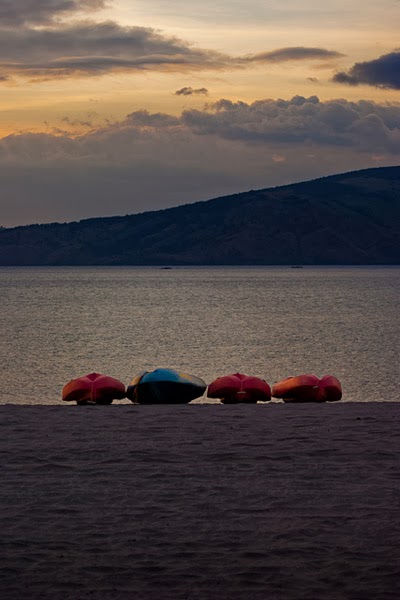 Christmas is about baby Jesus.  As in the same Jesus who gets nailed to the cross a couple of months later on Good Friday.  All that for love and sacrifice—but does anyone remember that among the carols and the “ho-ho-ho’s” of this fat saint?  Let’s not diss Saint Nicolas, who—before becoming Santa Claus—was a bishop who did his part in the love and sacrifice bit as well.  He was not originally fat, and the subsequent red suit was part of an ad campaign back in the first half of the 20th Century.  He has since become a twisted symbol for the crass consumerism we substituted for the “uncomfortable” sacrifice part of The Baby.

Two months later, we’re at it again as we celebrate Valentine’s day which is all about, well, Saint Valentine.  He was martyred for—you guessed it—love and sacrifice.  And when we say “love” we mean love of and for God.  The only thing possibly romantic were these love letters of what could have been to a friend; a sort of farewell thing.  Hardly anyone remembers that detail and even the big picture about Saint Valentine.  What many remembers is this dangerously armed baby in red diapers (anyone remember Hot Stuff—the little devil cartoon?).  Like his obese counterpart (we are assuming he is male...), Cupid has become the symbol for erotic love, a bit off from the original love and sacrifice thing of Saint Valentine.

Get it?  Santa Clause, a fat saint in red for Baby Jesus.  Cupid, a baby in red diapers for Saint Valentines.

So blame it on secularization for these bastardization of Christian holidays.  Of course some would argue it was Christianity that bastardized whatever Pagan feast was being celebrated and replaced them with Christian holidays—but that is another story.

The Church is not so innocent, much of “popular” Christianity buys into the material and sensual lust that those guys in red has come to represent (yeah, we’re assuming the baby is male).  Whether its “victorious Christian living” or being healthy and wealthy or having your own private plane, we have rejected the love and sacrifice that makes a difference in this hurting world.