Agua Santa is an old resort in Los Baños, Laguna, Philippines before contemporary and trendy spas became chic.  Los Baños is located south of Metro Manila, the economic and political center of the Philippines.   It was discovered by a Spanish Franciscan Missionary Pedro Bautista in early 1590 and he found that the place had hot springs and understood that the water was medicinal.  Los Baños sits in the foothills of Mt. Makiling, a scenic and dormant volcano in Laguna. 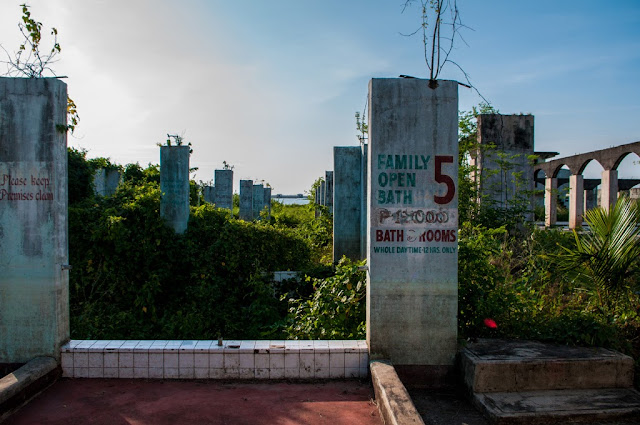 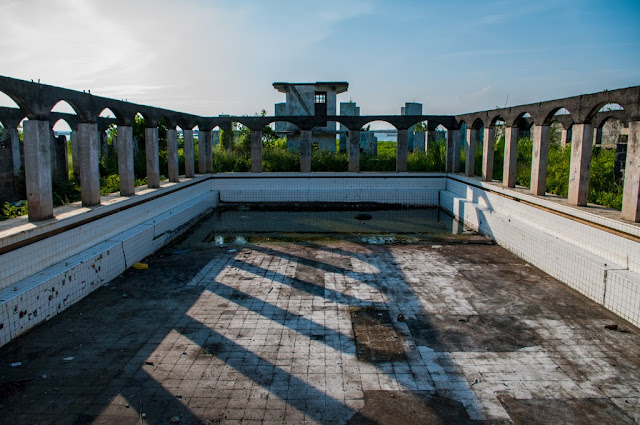 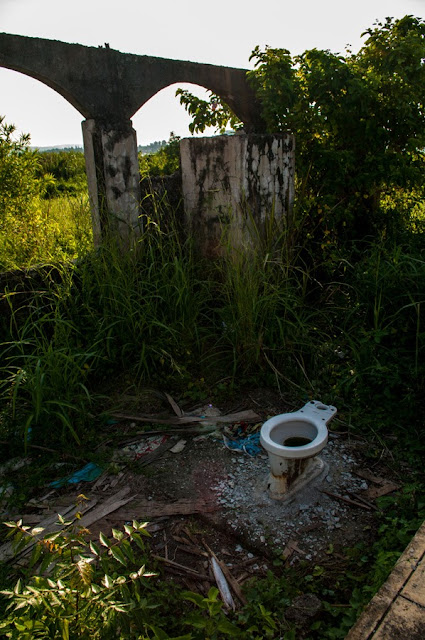 
In 1603, the Franciscans built a Nipa Hut that served as a hospital dedicated to the Immaculate Concepcion with the name Nuestra Señora de Agua Santa.  Eventually, Pedro Bautista was sent to Japan as Ambassador of the King of Spain in 1597 and was martyred along with his companions for their faith in Nagasaki, Japan.  They were canonized as saints on June 8, 1862. 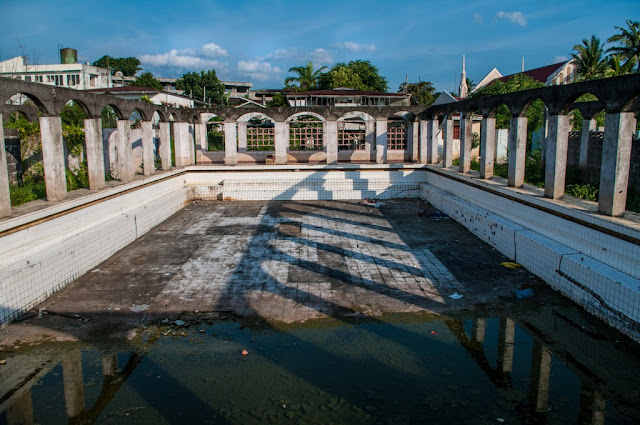 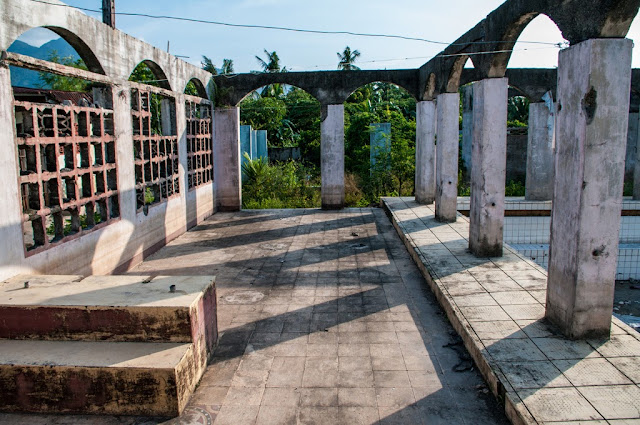 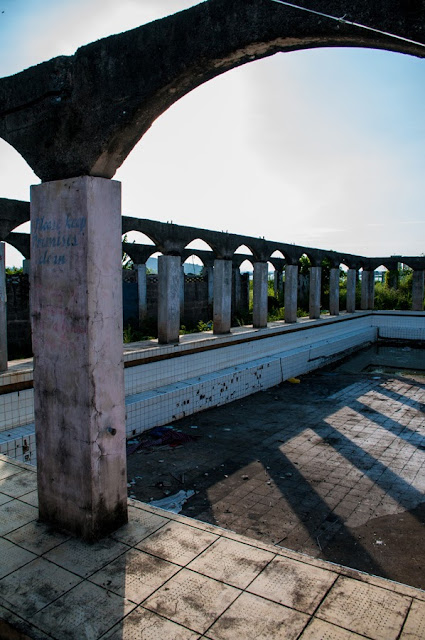 The main pool now decrepit and deteriorating in the elements.

The hospital and the property were eventually taken over by the Catalan clan who would turn it into a resort which drew visitors who knew about the healing qualities of its water.  The resort fell into hard times as estate issues among the heirs of the property and because of competition from upstart water theme parks of another generation spring around the hot springs. 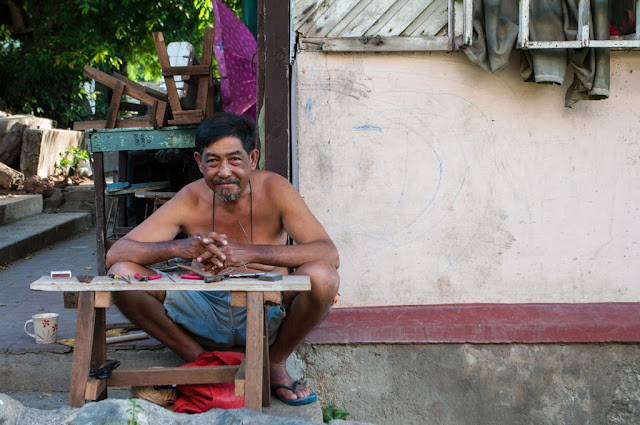 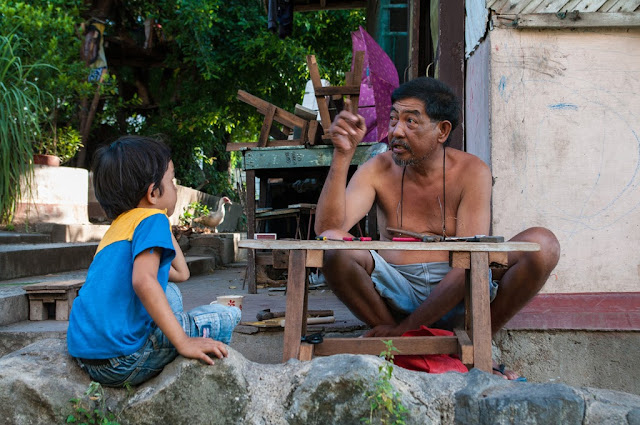 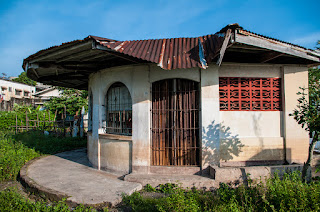 A convenience store in Agua Santa all shuttered and boarded up. 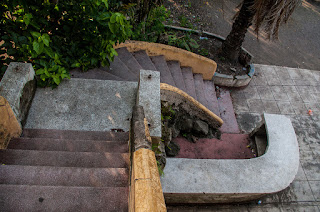 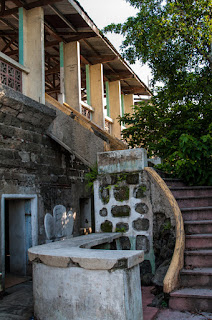 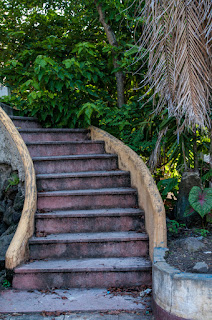 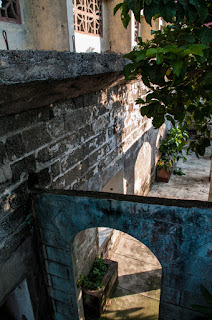 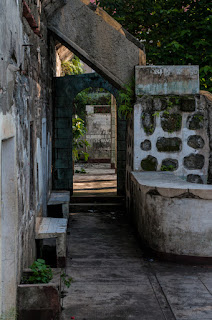 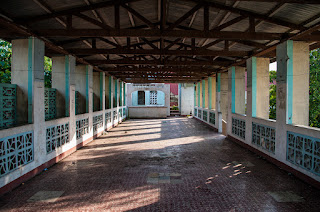 A hall which must have seen plenty of parties in its heyday. 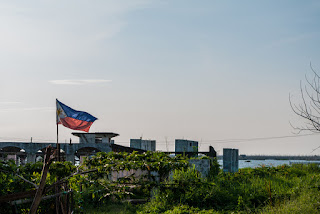 Agua Santa can be seen in this MAP: it is between the Iglesia ni Cristo church and Lakeview Resort.
Photo Story Photography Reflection