on December 10, 2011
HOW I LOST FOUR HOURS OF TIME AND IT WAS NOT AN ALIEN ABDUCTION

I have taken Cebu Pacific and Philippine Air Line (PAL) routinely so when the Legazpi trip came around, they were my first choice when it comes to flying around.  Given the time frame, however, I knew that I was scraping the bottom of the barrel for available seats.  Cebu Pacific was full, I managed to grab a seat in PAL going to Legaspi (one way!) and the only available seat for my return trip was ZestAir.

To begin with, the weather was bad ("Kakaiba") and word has it, flights were cancelled all over the place.  So delays were already expected with sober realism.  My return trip began innoucously enough, I was in the airport well ahead of the two-hour check-in time giving me enough time to have a decent lunch in a nearby cafeteria.  From then on, I waited for our 1:00 P.M. flight.  The departure time finally arrived and the Airbus was nowhere in sight and it was only after a bewildering moment that it was announced in the public address that it was delayed and that our departure time was now 3:10 P.M. 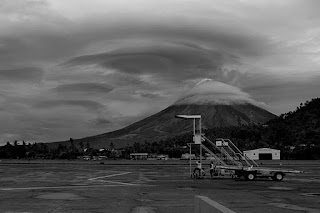 
Two hours later, 3:10 P.M. came and went and there was nothing happening.  A number of passengers took to the task of asking the ZestAir counter what is going on: I joined that motley crew of complainers demanding an updated information.  No one knew and so they began calling the Manila office who took forever to answer back and we only got vague variations of nebulous details: "it is now boarding," "it has taken off," or "maybe around 4:10 P.M." (operant word is "maybe").  Then they promptly pulled down the shade and closed the counter.

It did not escape me that the Cebu Pacific flight was constantly broadcasting updates ("flight is delayed," "stand by for updated schedule," "flight will arrive at such time," and "new departure time is ...").  It was a moment of deja vu because I have been in a similar situation before except that I was on the Cebu Pacific flight and I can feel the groaning and moaning the ZestAir passengers over the delay and lack of information.

I guess you get what you pay for... 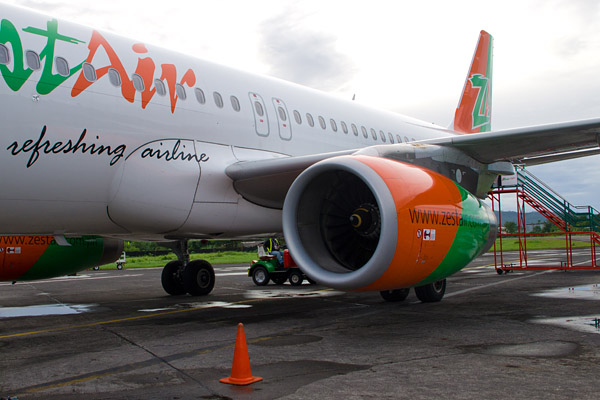