on December 27, 2012
Whatever Happened to the Wise Men of Christmas?

Often just supporting actors to the Christmas Nativity scene, their day in the spotlight known as Epiphany is forgotten and buried by commerce.  In the Christian calendar, the twelve days of Christmas begins on December 25 and ends on the feast of Epiphany which was on the first Sunday of January (a movable date—so it could be longer or shorter than twelve days).  Celebrations on New Year’s Eve has long overshadowed Epiphany in commercial terms.  But more of that later …

In Christmas Nativity scenes, we usually have the cast of characters all there in one tableau.  But it does not seem to have happened that way because the Wise Men sees the Star when Jesus was born from Persia.  Yes, Persia or modern day Iran.  Currently seen as one of the bad guys bent on bringing death to modern America and Israel.  Given that Scud missiles were not invented yet, the Wise Men took some time from when they learned Baby Jesus was born to when they actually arrived to visit him (probably two years since King Herod would later order kids two years and younger killed based on the timing of the Wise Men—see Matthew 2:16).

So we have these three guys—we assume they were three because of the gifts but they could have been a dozen of them chipping in on three gifts.  Subsequent traditions named them Gaspar of India, Melchior of Persia and Baltasar of Arabia although they were never named in the Bible.  An Arabian and an Indian is also unlikely since the term “magi” (plural) is associated with Persia.

A “magus” (singular) is a practitioner of some ancient mystical arts which modern Christians associate with sorcery or witchcraft (see Acts 8:9ff).  Given that in the Old Testament, these guys were not allowed to live (Exodus 22:18) makes you wonder why there were even aware of interested in Baby Jesus.

Then again during the captivity of Israel in Persia, an Israelite named Daniel and his friends survived the lions and being burned alive to impress, not only Nebuchadnezzar, but also the religious of that country—traditionally known as “magi” (so the connection).  Soon enough they had their own groupies interested in whatever else they said.  Daniel said a lot about a coming king.

The problem with that idea is why didn’t anyone else see and record that cosmic event given the preoccupation of those guys in stars—like the Mayans for one.  It’s probably because nothing like that took place.  It has to be mentioned that these three guys also practiced astrology—they probably looked at their daily horoscope from where they deduced something was happening in Israel (there is archeological/astronomical data that a conjunction of Pisces and Saturn took place around that time; Pisces in ancient astrology represented Palestine and Saturn represented royalty—so go figure).  Based on that data they took off and headed for the logical place where they would find a newborn king—the palace.  Except it was occupied by a guy named Herod, who must have wondered if he knocked up somebody when three guys came around asking for the baby king.

Cross-referencing the information gathered from the local religious people, they headed off to Bethlehem where, besides finding Baby Jesus, they also found the star!  Surprise—the star met them in the place where Jesus was (see Matthew 2:9).  But I do not want to get into how that happened—if ever, all I want to point out was what did not happen: “we three kings of orient are, following yonder star”.

After the pleasantries and gift giving, off they went.  All the reference we have is they left by another way, presumably to skip Herod and whatever scheme he had in mind.

So back to my original question: what happened to those guys?

Maybe, if I phrased that question in modern Christianese (or Evangelicalese): 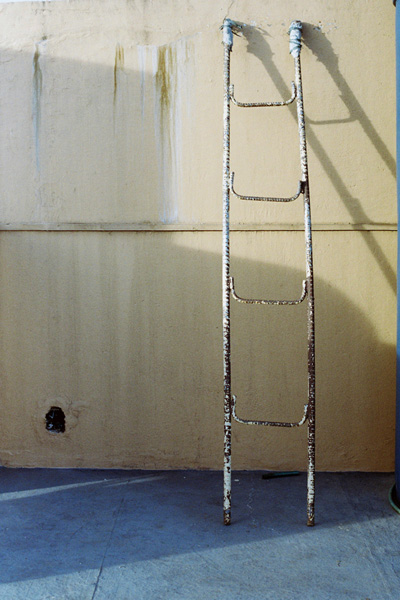 This has nothing to do with the Wise Men...I just had to post it.
COSINA CT-1G + SMCP 50/2 + KODAK COLORPLUS200 (expired)
Faith Reflection