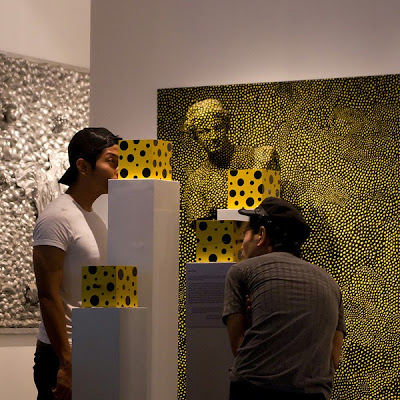 “Grown-up, indeed…I wish she would grow up.  She wasted all her school time wanting to be the age she is now, and she’ll waste the rest of her life trying to stay that age.  Her whole idea is to race on to the silliest time of one’s life as quick as she can and then stop there as long as she can”
(Lady Polly in C.S. Lewis' The Last Battle).

I have apologized to my son, Khalil, for often being confused and confusing him: half the time I do not want him to grow up too fast and regret missing out on the things of youth, and the other half is that he needs to grow up now and get ready for the rest of his life.  At least, I know I am confused and is able to articulate it; my own mom also raised me in the same manner but was not able to "say" it and led to mother-son squabbles because I did not know when not to grow up too fast or grow up for the rest of my life.

Looking at the stresses my son is encountering in his adolescent life, I cringe at the level of pressure he has to face.  There seems to be this difference in our generation: it appears that the level of maturity needed to cope with my son growing up is much higher than what I had needed.  For one thing, there was no internet and cable news when I was growing up.  Coping with my own personal issues was confined to a narrow set of friends who I can meet up with in person or after my father, mother and sister was through with the one phone line in the house.  What the world was dishing out often came twelve hours apart between the morning paper and the 6:00PM news; processing it came a week late when my dad's subscription to either Time Magazine or Newsweek arrived at the house.  Today, the way information comes in daunts me, I can only imagine the overload it gives this generation.  My son has learned to read Time Magazine to make sense of things--a week late.  That is in-between watching YouTube and blasting something in his online game.  So he is not growing up too fast and he is now growing up.

Then I look at the rest of the world: faced with the present situation which requires maturity to cope but with everything else mitigating against growing up (will write about them eventually...). One store's name captures it: Forever 21.  Kids are now growing up too fast then not growing up.  Confusing 'no?  Faced with the overload of what life is dishing out and lacking the maturity to cope they go back with their selfies and are forever trapped in interminable battles in virtual reality.  At least those demons and monsters can be managed and defeated...over and over again.