on March 21, 2020
THIS IS A REWRITE OF SOMETHING I POSTED ABOUT TEN YEARS AGO.  IF YOU'RE THE TYPE WHO WANTS BIBLE REFERENCES CHECK IT OUT HERE. 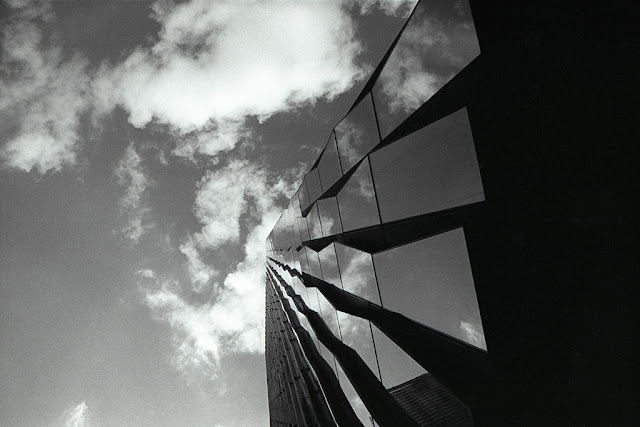 How long does it take to form a habit—good or bad?  Most behavioral experts would say something like at least three weeks to get you hooked into one and often much longer to undo it.  So forty days of doing something over and over again is enough.

So, the heady days after Jesus gets nailed on the cross and coming back to life again—which for us looking back—seems like an exciting new beginning…right?  But the disciples lived through those forty days of doing the same thing over again.  Sounds like a routine.

In fact, everything they had been doing were routine—albeit interrupted by whole episode of getting crucified at the cross—they have always been eating together and talking about the Kingdom of God.

The scene begins with Jesus giving instructions about the Holy Spirit, something which he has been doing way before and immediately after the cross.  We can imagine it going on again and again for forty days.  He was known to eat at every turn of events before going to the cross and has been doing so ever since he came back to life.

He broke bread with those two guys on the road to Emmaus, then on the upper room with the eleven disciples, then grilled Tilapia at the shore of Lake Galilee plus maybe two more hinted in the gospel records—which was not exactly a day-to-day diary of what Jesus did.  And since Acts is virtually “part two” of Luke’s gospel, the opening scene seems like a neat segue to what they were up to.  Without missing a beat, they were back to eating and chatting about the Kingdom.

Check out how the disciples’ response: “Lord, will you at this time restore the kingdom to Israel?”. The same stupid response they have been giving every time Jesus mentions “kingdom”.   It’s in the same as that time when James and John asked if they can sit at his left and right hand.  Sort of like—"are we taking over the world now”?  Was it boredom getting to them that they were no longer thinking?  After all, the Jesus did say that they were to be baptized in the Holy Spirit soon.  They did not seem to get it.  Luke, in hindsight, narrates that the deal with the Holy Spirit is to set the captives and the oppress free and more; not taking over the world.

That must have pissed Jesus enough to digress and tell them that it is none of their business, but quickly returned to talk about the Holy Spirit in what seemed to be a farewell speech (“you will receive power”).  Except, by now, that could very well be his third or fourth farewell speech.  In Matthew, he had the “go make disciples” speech; in Mark, he had the “go into the world” talk; and in Luke there something like this one in Acts (but remember the “book 1” and “book 2” relationship of Luke-Acts).  In John, he gives something personal to Peter.  And given that the gospel does not record everything in those forty days, it could be that has been giving those “farewell speeches” daily for over a month!

Then he goes up and disappears into heaven—wow!

Think about it, it may not be as monumentally climatic as we read it—ever since coming back to life after the cross, Jesus has been appearing and disappearing.  He appeared out nowhere to Mary Magdalene at the empty tomb, he walked through walls to high five Thomas, popping into the scene on that road to Emmaus then disappearing after breaking bread.  So, again, he could be doing something like this daily for the last forty days.  It was not exciting anymore.  And after forty days of habit forming appearing and disappearing, going up to the sky was nothing new.

This is just another day—it was prefaced by Luke as just “one occasion”.  So routine and ordinary, the disciples did not think that this could have been the last they would see Jesus for a long time. Luke’s preface about these instructions being given “until the day when he was taken up” could very well be hindsight to a foregone conclusion.

This explains a lot why the disciples were expecting Jesus to come really really soon (remember Paul not wanting to get married because Jesus might show up?).  Not aware that this “one occasion” was the Ascension, they were operating on the expectancy that Jesus would surprise them at any moment like the way he was doing in the past forty days.  So no fanfare or teary goodbyes…Jesus just left.

Then angels showed up to say:

“This same Jesus, who has been taken from you into heaven, will come back in the same way you have seen him go into heaven.”

It has been drilled into our heads that Jesus will come back at a time when the world is fucked up and evil is rampant all over.  Situations like those would put believers in high alert but then it can also be demonstrated that evil is running wild in this world by boring people to death.

And just as he left and caught the disciples unprepared—Jesus might come back when we are not aware or prepared for him.  When believers are not "alert."  Think of his parables (forget the stuff that were made into movies): more than one are about farmers planting seeds—it has the excitement of watching grass grow.  Then there was the one about the bored security guard waiting for the thief a night.  But more of those later.

In the meantime, waiting for Jesus may involve more mastering what to do in those moments when nothing seems to be happening.  Or, washing dishes.  It’s an exercise in boredom.