on July 25, 2008
(My counterpoint to Philip Yancey’s “Growing Up Fundamentalist” - Part II) 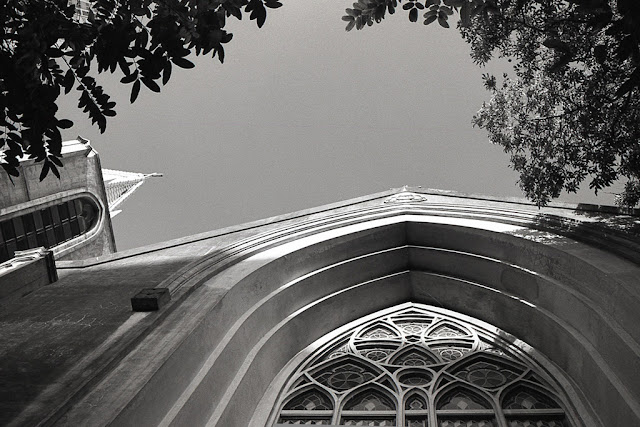 As the liberalism I grew up with left me lonely and empty, I began a journey of faith to find out what I really believed in.  I grew up affirming of other ideas but found out I did not really have one of my own.  I began my journey where I thought was my safe place—my liberal church.  Back in Ellinwood Malate Church, I began having these conversations that was a twist to the “you’re okay” exchanges I had in college.  The conversations, study groups and sharing would sound like this:


“As Christians we should be open, accepting and
gracious to other people, religions and ideologies.”

On one level—depending on who I was talking to—we were liberal Christians but “fundamentalist something else”.  Which on another level shows that we are not “okay”: all these affirmation that the other guy is “okay” is reversed in a way that Christians need to be like a Buddhist in meditation, a Moslem in discipline, and a Marxist in service and sacrifice.

That left me even lonelier and more empty.

There was something in me that was screaming “I want to be a Christian!”  My church was not helping me.  Maybe it was busy plumbing the depths of Marxism as that was about the time when then Dictator Ferdinand Marcos was tightening the screws of Martial Law.  Whatever.

In the meantime, I was on my own.  It launched me on a journey through the various shades of Christianity.  I went as far right as I could go until they started looking at me as someone totally depraved because I had the wrong version of the bible.

And so it begins.