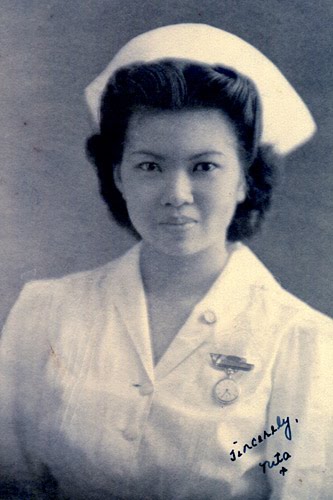 I came from a photo shoot when my wife sent a message that my younger brother was about to take my mom to the hospital.  On my way to meet them in the hospital, I received word that she passed away without having left home.  The people who were around me asked if I was ever able to say "goodbye" ...well, sort of.  I think I said that years ago in one of her diminishing lucid moments.  My mom had Alzheimer's (oh, somewhere in there is a medical/technical differentiation that it is actually something else, but it does not really make a difference-she was virtually gone years ago).

I lost her a long time ago: now I can miss her.

It felt wrong to "miss" her while a shell of a beautiful, bubbly and strong willed woman still lingered around.  Having passed away, now gives me the chance to reminisce about the happy and sad times gone by.  The grieving will actually begin as those memories slowly start to return.  And as painful and sad it may be, recalling what was lost actually brings her back to life.

Walking home on foot (it was the middle of the rush hour in the central business district) from the hospital where I was suppose to have met up with them, got me started on a trivia about my mom.  At the end of the day, it was my mom--not my dad--who got me started into photography.  I have already mentioned my dad was a gadget guy with a houseful of goodies any kid would have love to play around with.  It may have been possible that he did not have in mind passing on to his children whatever it is that preoccupied him (i.e., golf--while an avid golfer, none of his kids took it up).  Then sometime when I was three years old, my mom allowed me to get my hands on a brand new Petri 7s rangefinder (ca. 1963) perhaps as a distraction for me while I was fidgeting or being a nuisance.  Since that time, I had this compulsion to raid my dad's closet to tinker around with whatever cameras hidden in there (it would be over a year later--1965--when my dad picks up a Minolta SRT-101).

I shared this in the memorial service and it would seem that this is the first time my brother would find out about it: he was wondering why he did not have photos with my mom when he was newly born.  Sorry bro...

On the other hand, an older cousin did share that she remembered that episode.  She recalled how my mom happily and proudly showed her the camera in pieces and that I was responsible for it!

My mom was the ninth of eleven siblings and died a year and a day later from his younger brother, Josue, who passed away March 29, 2009. 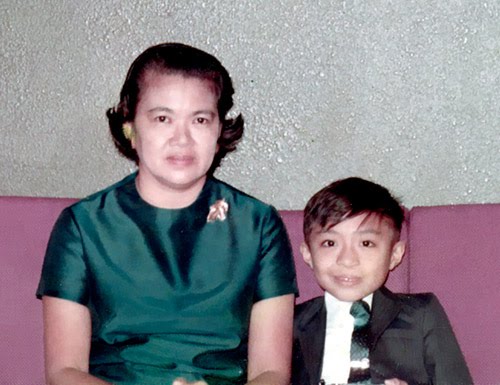