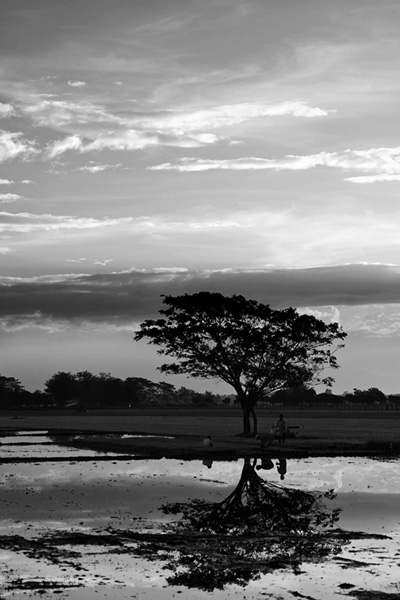 “And being warned in a dream not to return to Herod, they departed to their own
country by another way.” (Matthew 2:12).

I asked about whatever happened to the Wise Men of Christmas; sorta reducing my questions in simplistic Christianese (or Evangelicalese).  But as I try to hold on to what is left of Christmas (it is not over yet as of today – see The Redemption of Time: The Christian Calendar as Civil Disobedience) there seems to be much more to that “another way.”

Now, if I am reading more to that verse than what it really means—i.e., going by a direct route back home to Persia without passing by Herod in Jerusalem—then I am guilty.  But I cannot shake off the words of Jesus in the same Gospel where he was recorded to say:

I grew up in a family that celebrated Christmas and celebrated it really well. We waited for the right time to start putting up the Christmas tree and ornaments (usually middle of December) and hung on to its spirit for as long as we can (until Epiphany). It was only then that we pulled down the tree and finally stopped playing the Christmas carols.  Epiphany is usually the first Sunday of January sometimes extending to January 8th (sometime in the 1970s, the Roman Catholic Church fixed it to January 6; but other sects still follow the movable first Sunday of January); and January 6, 2013 is as good as it gets.

I refused to put up decorations when the shopping malls in the Philippines start playing Christmas carols in September (so imagine what it is like when November comes around in the Philippines when all the ghoulish Halloween displays are set up to Christmas carols playing in the background).  And I refuse to declare Christmas over just because it is a new year and everyone is now thinking of Valentine’s Day (another Christian feast bastardized by consumerism—see what I think about it here).

I choose to go by an another way—an alternate route—one that is not driven by an artificial demand to consume but to celebrate life in its natural simplicity.  This market driven culture takes us back to the original temptation where the evil one hinted of an inadequacy that can be filled by eating the fruit of the knowledge of good and evil—and then we will be as cool as God (Genesis 3:5).

The fact is, we were made in the image of God—and were therefore as cool as he is—but now having been convinced otherwise we are being pulled by our noses by the shopping malls that we are not doing enough unless we buy something and celebrate things according to their timing.

The real gift giving happened today with the Wise Men giving their offerings of gold, incense and myrrh (face it, the shepherds did not really have anything much to offer).  Today I continue to celebrate the coming of Baby Jesus.